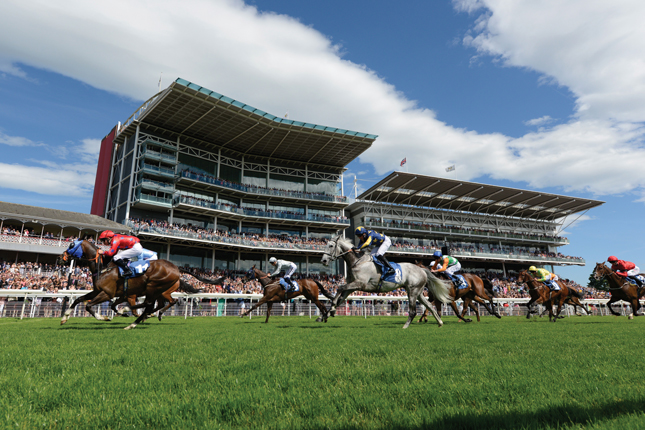 York Racecourse is delighted and honoured that the track has been voted as Racecourse of the Year 2017 by The Racegoers Club, following a vote by their members which represent the largest club of its type in British Racing.

This means that the team at the Knavesmire retains the honour it won in 2016 and is the eighth time York has been awarded the top title.  As usual, it was a close fought contest, with Goodwood representing the south in second place, and Cheltenham, who continue to be the best loved track that stages jump racing.

Voters were asked for their scores in five categories: viewing experience, facilities, food & beverage, atmosphere and value for money.  The courses were split into three geographical regions and the winners were selected by who had the highest overall average score across all categories.  The Racegoers Club report they had a record number of votes recorded, as racegoers were also asked to comment on their choice and reasons for casting their vote.

York was described by one member as “a wonderful racecourse, with excellent facilities & good race viewing options”  with another commenting that it “provides value to every visitor in every enclosure. Worth a special journey”, whilst a third captured the essence of the feature meeting in August when saying “I love visiting for the Ebor Festival, great racing and a brilliant atmosphere, a must visit”.

Having won the national title, York also retained the equivalent title at a regional level, for the North & Scotland; a record 28th year that this regional award has been given to the Knavesmire, from the longest and largest established supporters club for the sport.

William Derby, Chief Executive and Clerk of the Course, said, “The Racegoers Club is a fantastic organization which represents a membership who are committed followers of the sport with horseracing being both their hobby and passion.  To win and then retain the accolade of ‘Racecourse of the Year’ by the vote of such a fan base is an honour. It’s a real tribute to the hard work of so many that make racing at York such a special experience.  The good news comes at a time when we are continuing to invest in the facilities, race programme and experience of racing at York, so we shall be working hard to retain the crown, with our season due to begin on Wednesday 16 May.”