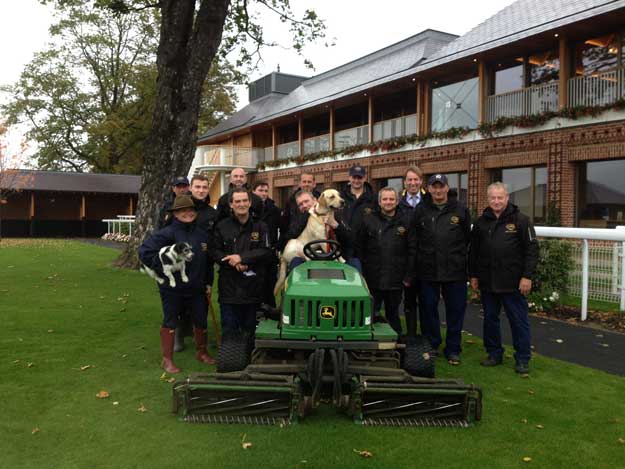 The Groundstaff at York Racecourse have been recognised by the judges in the national Racecourse Association Showcase for their hard work during the 2015 season. They will celebrate being “The Best Team at a Flat Track” at a Gala Dinner in November.

This latest award follows similar recognition from the Institute of Groundsmanship (IOG) for last season and the previous success of Head Groundsman at York, Adrian Kay in 2013, when he was became the first from the racing world to land the coveted overall national title of ‘The Alex R Miller Award’ for being Professional Groundsman of the Year.

Head Gardener, Zac Rafferty, is a member of the groundstaff enjoying a fruitful awards season, as his skills also won a Gold Award in the appropriate Yorkshire in Bloom category.

Chief Executive and Clerk of the Course, William Derby said, “With our last meeting fast approaching, it’s been a busy year for the groundstaff and everyone at the course, with some wonderful equine stars and the added excitement of opening our Northern End Development. So I’m delighted that the efforts of Team York have been recognised in these Award and our other nominations that are yet to be assessed.”