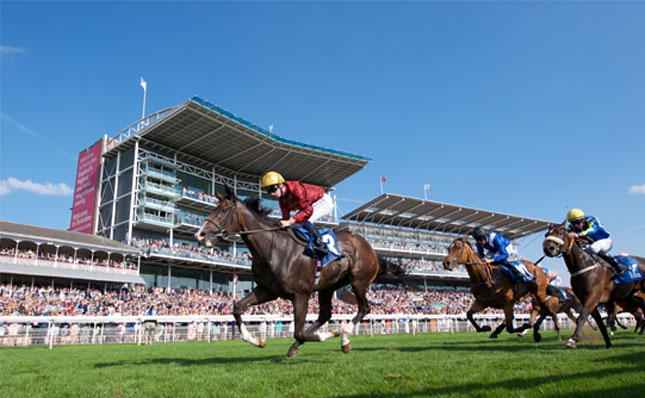 York Racecourse is delighted that the 2018 season will see a record number of the prestigious Group races, nineteen in total, staged on the Knavesmire.

After due consideration of various bids, the British Horseracing Authority has awarded a brand new Group 3 contest to York, it will be run on Saturday 26 May with prize money of £90,000. As the race is exclusively for fillies and mares, York has named it in honour of literary heroines from the White Rose county, it will be known as The Brontë Cup. With a race distance set at one and three quarter miles, it is part of an ongoing strategy to encourage the staying division of thoroughbreds.

To better balance the wider race programme, the Listed Grand Cup will switch to provide the Pattern action on Macmillan Charity Raceday (Saturday 16 June); with the mile long, Listed Ganton Stakes shifting twenty- four hours earlier in the calendar, to become a highlight of Friday 15 June.

Following the annual meeting of the European Pattern Committee, The John Smith’s Silver Cup has been upgraded to Group Three status with its prize money increased to £65,000. Staged on Saturday 14 July, it is run over the same staying distance (one and three quarter miles) and has long been a part of the popular John Smith’s Cup Day.

Taken together, it means that York will stage thirty Pattern calibre Races in 2018, offering this high quality action on sixteen of the eighteen days held on the Knavesmire.

Commenting on this achievement, William Derby, Chief Executive and Clerk of the Course said, “This is a further signposting of the ongoing investment in our race programme and confirmation of the quality of racing at York. It is great news for racegoers and connections alike, as even more top thoroughbreds will be heading to the Knavesmire to compete for prize money that has increased by £100,000 for the two new races alone.

“It means we have been able to frame our 2018 race programme to offer a Pattern race on sixteen of our eighteen racedays.

“The upgrade of the John Smith’s Silver Cup is a reflection of the strength of a race that has featured many well-known stayers in the past, with Royal winners (Free Agent) as well as Ebor & Melbourne Cup contenders.”