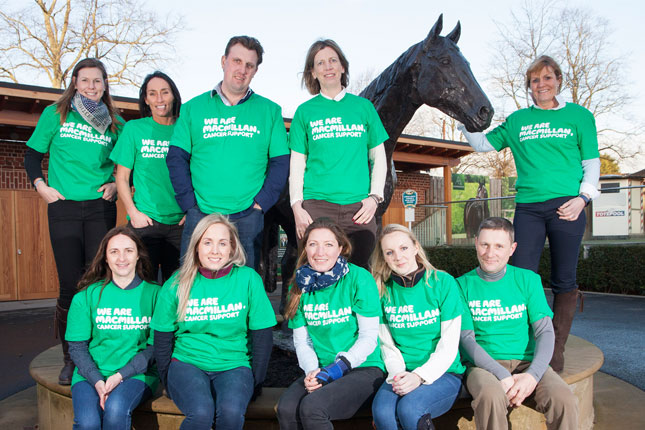 A “once-in-a-lifetime” charity challenge is being launched at York Racecourse.

Known as the Best Western Hotels & Macmillan Ride of their Lives, the challenge will see members of the public completing six months of intense jockey training before racing thoroughbred horses on York’s iconic course.

Eleven of the riders, including a charity worker and hotel manager, met for the first time on Wednesday (17th).

Riders have each pledged to raise at least £3,000 for Macmillan Cancer Support and can expect to race in front of more than 25,000 people. Ride of their Lives will be the last race of the day at Macmillan Charity Raceday on Saturday 16th June 2018.

Isabella Budge, 25, from Colton, near Tadcaster, is among this year’s riders. She said: “I’m thrilled and scared about taking part in the race. I’ve been surrounded by horses my whole life – my grandfather, Tony Budge, had a lot of success in racing. When I found out I had been selected to take part, I nearly cried. My dad was the first person I told. He was so happy for me.”

Her dad, Karl, is in remission following a diagnosis of prostate cancer, while Tony died seven years ago due to liver cancer.

Isabella added: “I really want to raise as much money as I can as cancer has affected our family so much.  I’ve started training already. I run 5K-10K every day. I’ve been getting up at 4.30am every day to get in some practice with horses too.”

Last year, the Best Western Hotels & Macmillan Ride of their Lives raised more than £130,000 for Macmillan. All money raised has helped provide emotional, financial, medical and practical support to the growing number of people living with cancer across the UK.

Alexandra Schimmel, Senior Supporter Events Manager at Macmillan Cancer Support, said: “Ride of their Lives really is a once-in-a-lifetime opportunity and we wish these amazing supporters the very best of luck. Their commitment to not only train for six months but also raise thousands of pounds for Macmillan is incredible. Every penny they raise will help us continue to provide vital services for people living with cancer, so we’re extremely grateful.”

Andrew Denton, Director of Communications at Best Western Great Britain, said: “We are proud to be sponsoring the race for the third year running, supporting these incredible people doing something amazing for Macmillan. We look forward to following and sharing their stories over the next six months as they work towards being on the famous Knavesmire start line on Saturday 16th June.”

Macmillan Charity Raceday is a fundraising collaboration between York Racecourse and Macmillan Cancer Support. The day of professional racing and fundraising has been held annually since 1971, raising more than £7 million in total for Macmillan and other charitable causes. Raceday last year raised a grand total of just over £500,000. Just by going racing on the day, to support the riders, racegoers will be playing their part in the wider fundraising.

Riders confirmed so far for the Best Western Hotels & Macmillan Ride of their Lives: