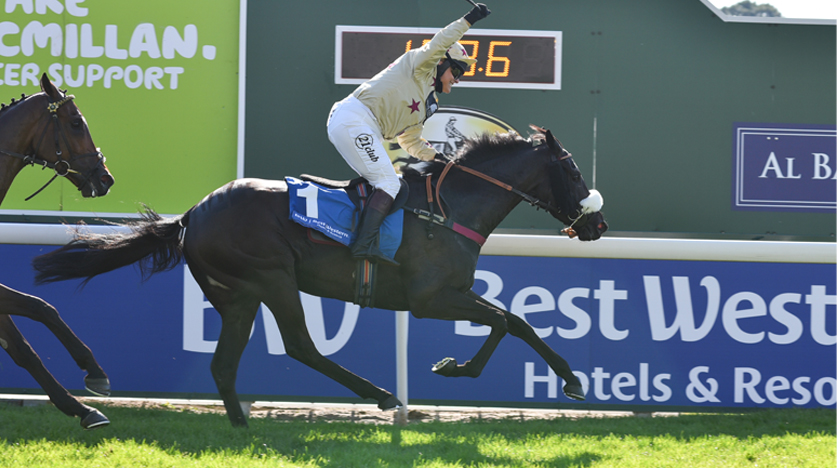 The countdown to the biggest charity raceday in the country begins again today, when entries open to become one of the twelve riders in the Best Western Hotels & Macmillan Ride of their Lives on Saturday 15 June 2019.

It offers a chance for twelve amateurs to enjoy the “ride of their lives” as they participate in a nine furlong race around the famous Knavesmire. Each will pledge at least £3,000 to the charity, though this year’s participants contributed more than £110,000 to a cumulative total that has now exceeded £8,000,000.

The race has become a popular part of a day that heads towards its forty-ninth renewal and is the biggest single fund raising event in the Macmillan calendar.

Riders from the class of ’18 can take a real pride in having contributed to a record amount raised on the day, after the seventh running of the race. The honour of raising the most as an individual fell to Izzy Budge, who posted a little over £14,000.

The most important aspect of the race itself was that all the partnerships returned safely to the stables. The 2018 Raceday saw history made as the Best Western Hotels & Macmillan Ride of their Lives had two winners, after the judge called a dead heat, between X Rated and Apterix. This meant that two riders, Sarah Fanning and Chris Brownless, were both winners of the race.

As part of the Newby and Press Family Raceday on Sunday 9 September, they will be presented with a memento of their big day in June; as the track has created a special photo book that charts their training as well as the nine furlong jaunt around the Knavesmire.

Given the nature of riding a thoroughbred in front of a large crowd, the 2019 contestants are likely to already have riding experience but rest assured that anyone interested will be given intensive tuition so they have the chance to reach the required safety standard to make the start line. As this is a significant commitment it explains the early start for the search for competitors.

Once the field has been announced in December this year you will be able to help them fund raise in lots of ways, by visiting their donation pages on Just Giving or by attending the raceday on Saturday 15 June 2019.

Click here to view the 2019 application form and find out how to apply.