It could be easy to be put off by the weird and wonderful words and phrases banded around the racecourse, but in fact, it’s all part of the fun. Like a tourist in a foreign country, the novice racegoer soon picks up enough of the language to get by, and then rapidly becomes fluent.
The following terms will provide any newcomer, keen to enhance their language skills, with just enough of the jargon to sound like a ‘local’.

Allowance - The weight concession the horse is given to compensate for its rider’s inexperience.

Amateur -  (Rider) on racecards. Their names are prefixed By Mr., Mrs., etc., to indicate their amateur status.

Ante-Post - Betting (usually for the most important races) days or even months before the race is due to take place.

Apprentice - Young jockey tied by annually renewed contract to a licenced trainer while they are learning.

Claiming Race - A race in which the horses are entered for a specific purchase price which may be claimed before the race. The practice is intended to keep the race fairly equal.

Clerk of the Course - Official in charge of running the racing programme, at York it is William Derby with Anthea Morshead acting as his assistant on racedays.

Clocktower Enclosure – York's relaxed enclosure in the middle of the course – see our interactive map showing you where this allows you to access on a raceday.

Colours - The racing silks worn by the jockeys.

Connections - The owner and trainer of a racehorse.

County Stand - York's premier enclosure – see our interactive map showing you where this allows you to access on a raceday.

Distance - The length of a race.

Distance, The - An unmarked point 240 yards from the winning post.  Often used to descibe a large winning distance.

Draw - Describes a horse’s position in the starting stalls, drawn the day before racing.

Furlong – An eighth of a mile, (220 yards). A one-mile race would be eight furlongs.

Grandstand & Paddock – York’s biggest enclosure which allows access to a series of bars, Knavesmire Stand and opportunity to see the winners entering the winner’s enclosure in celebration.

Handicap - A race in which the horses are assigned specific weights in order to bring about an equal contest.

Length - This refers to the length of a horse, and is the distance referred to in describing the distance between horses in the running of a race.

Maiden - Horse which has not yet won a race.

Objections - Complaint by one camp against another regarding breach of rules during a race.

Pace - The tempo and running time set by the leaders of a race in the early and middle stages of the contest.

Paddock - An area where horses are saddled prior to the race.

Penalty - Weight added to the handicap weight of a horse which has won since the weights were published.

Post Position - A horse's numbered position in the starting gate, numbered from the inside rail out.

Short Running - A horse that doesn’t stay the minimum distance.

Stewards' Inquiry - Inquiry by a panel (usually four) who are responsible for seeing that the Rules of Racing are adhered to during a race.

Under Starter’s Orders - Occurs when the race is about to start.

Weigh In / Weigh Out -  Weighing jockey before and after race to ensure correct weight has been carried.

Accumulator – A multiple bet of two or more selections in different races. For instance a toteplacepot where you aim to pick 6 placed horses in the first six races.

Coupled - Two, or more horses, that have the same owner, or trainer, and are run as an entry. A bet on one horse automatically includes the other.

Evens or Even Money – Winnings that are equal to your stake – for example a £10 winning stake would mean you would receive £10 winnings and your stake back.

Jolly - Betting term for the horse with the shortest odds (the favourite).

Nap – The best bet of the day from one tipster.

SP/Starting Price - Official price of a horse at which bets are settled by bookmakers.

Broodmare Sire -The father (sire) of the mother (dam) of an equine.

Dam - The mother of a horse.

Foal - Horse of either sex from its birth until 1 January the following year.

Gelding - A castrated male horse. This procedure is generally performed to make a horse focus on running races.

Hand - Unit of four inches in which a horse’s height is measured at the shoulder.

Sire - The father of a horse.

Spread a Plate - When a racing plate or horseshoe becomes detached from the animal’s hoof.

Tack - The equipment which goes on a horse including the saddle (which is usually the jockey’s own) and bridle.

Yearling - Horse of either sex from 1 January to 31 December of the year following its birth. 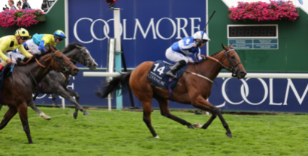 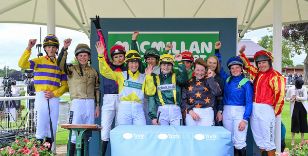 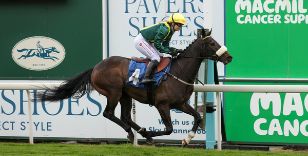 MACMILLAN RIDE OF THIER LIVES WINNER 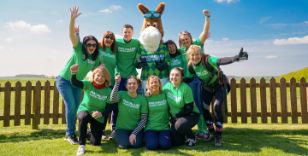